This week we continue to explore the MOR Showcase Drawers, which are mini-collections of artifacts with various Redlands themes. Here we look into the "Tourism Drawer". 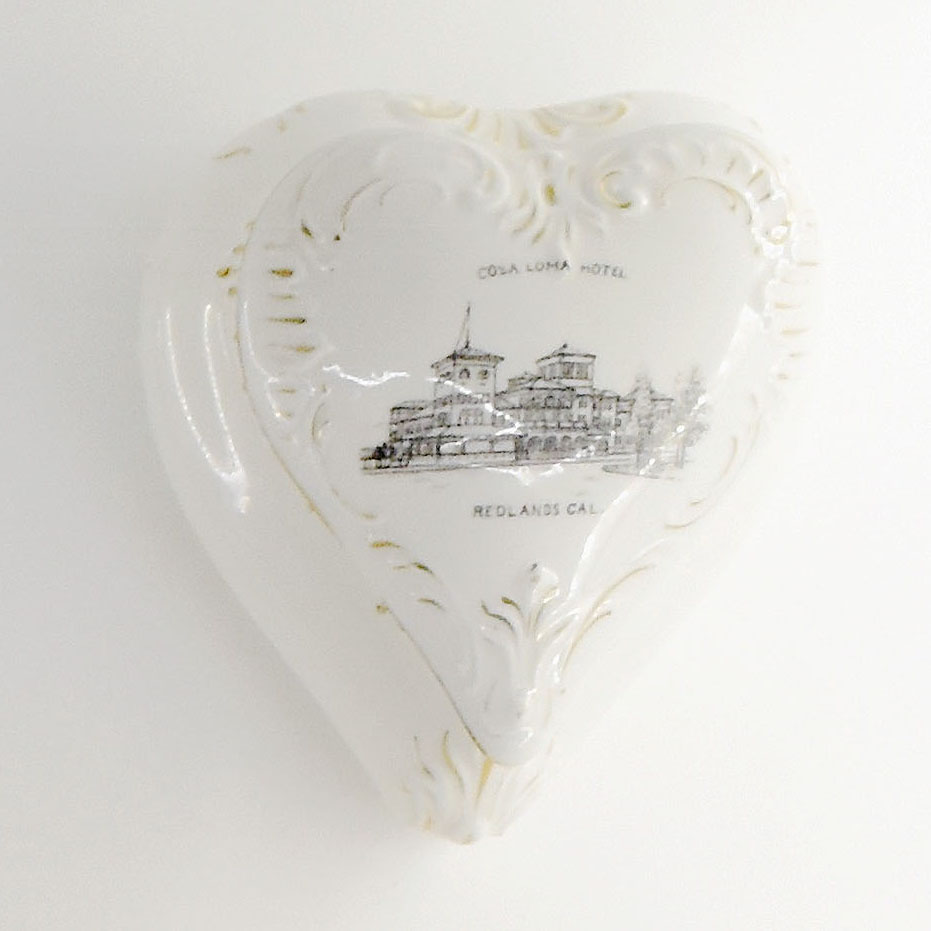 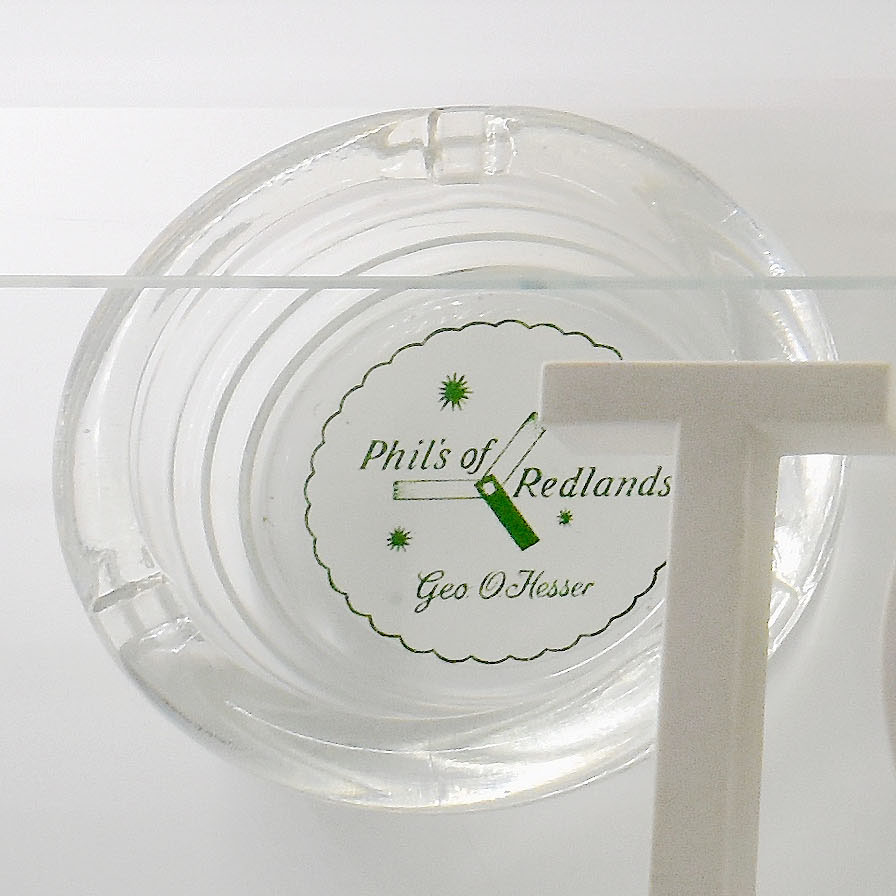 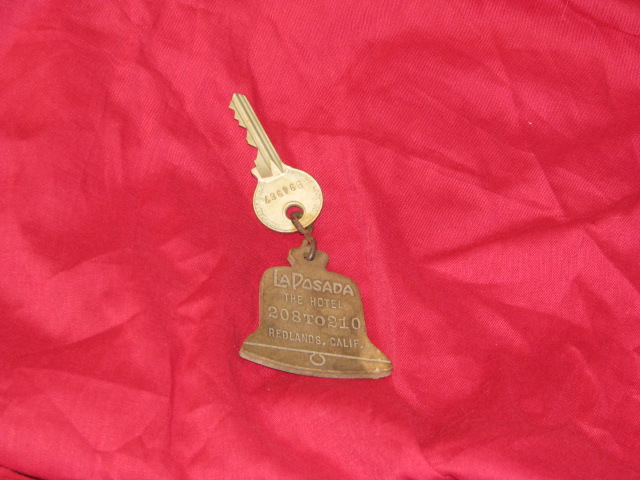 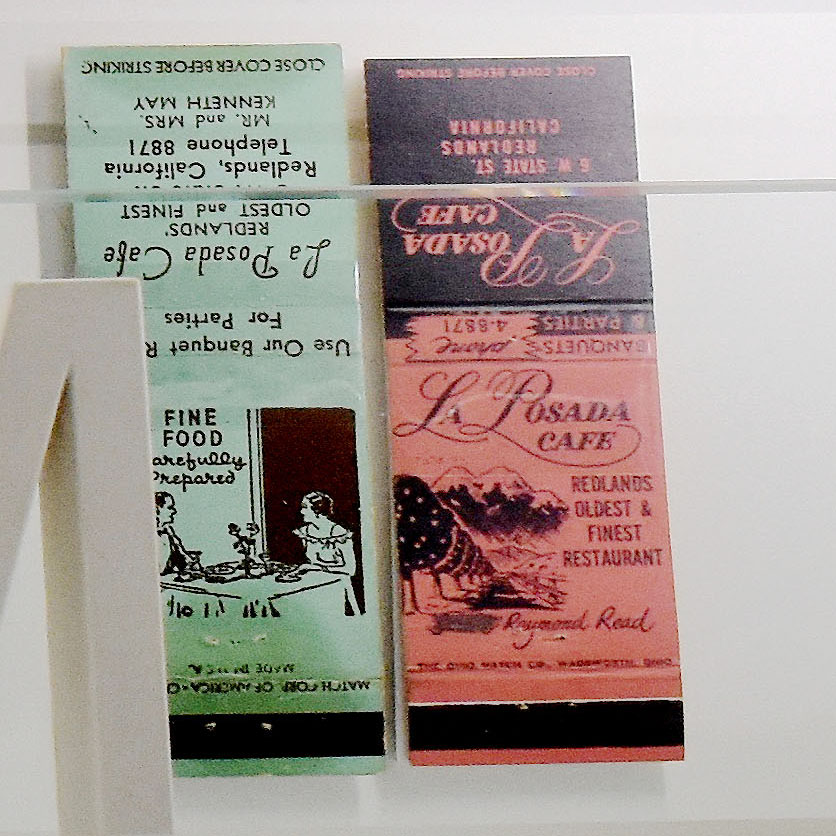 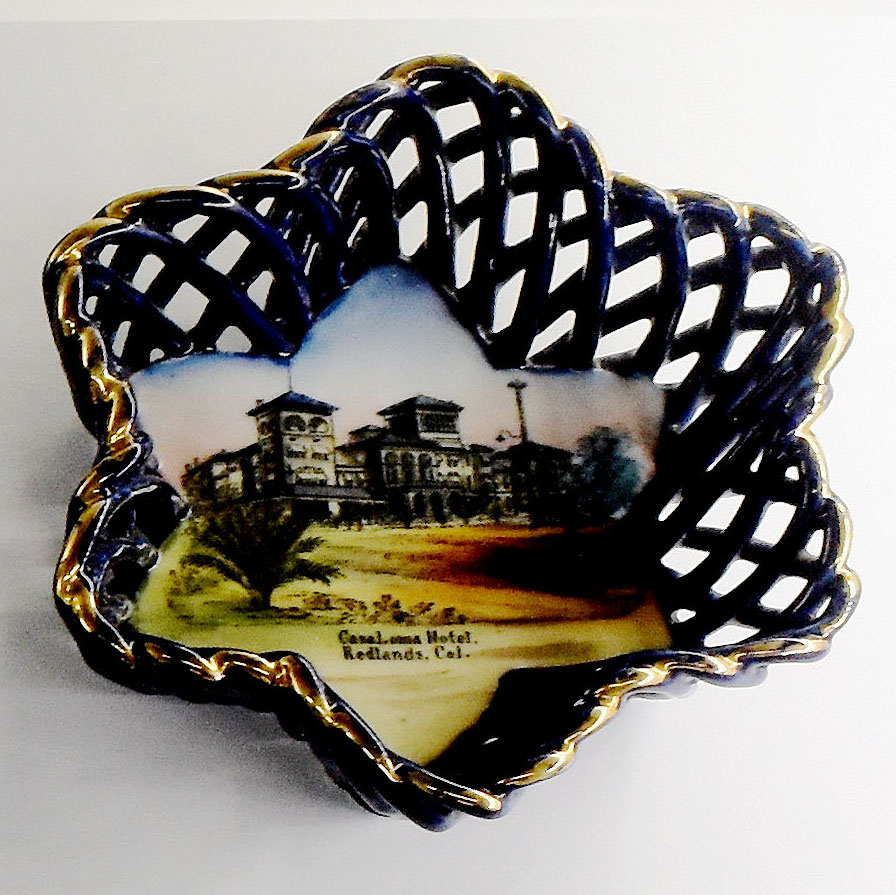 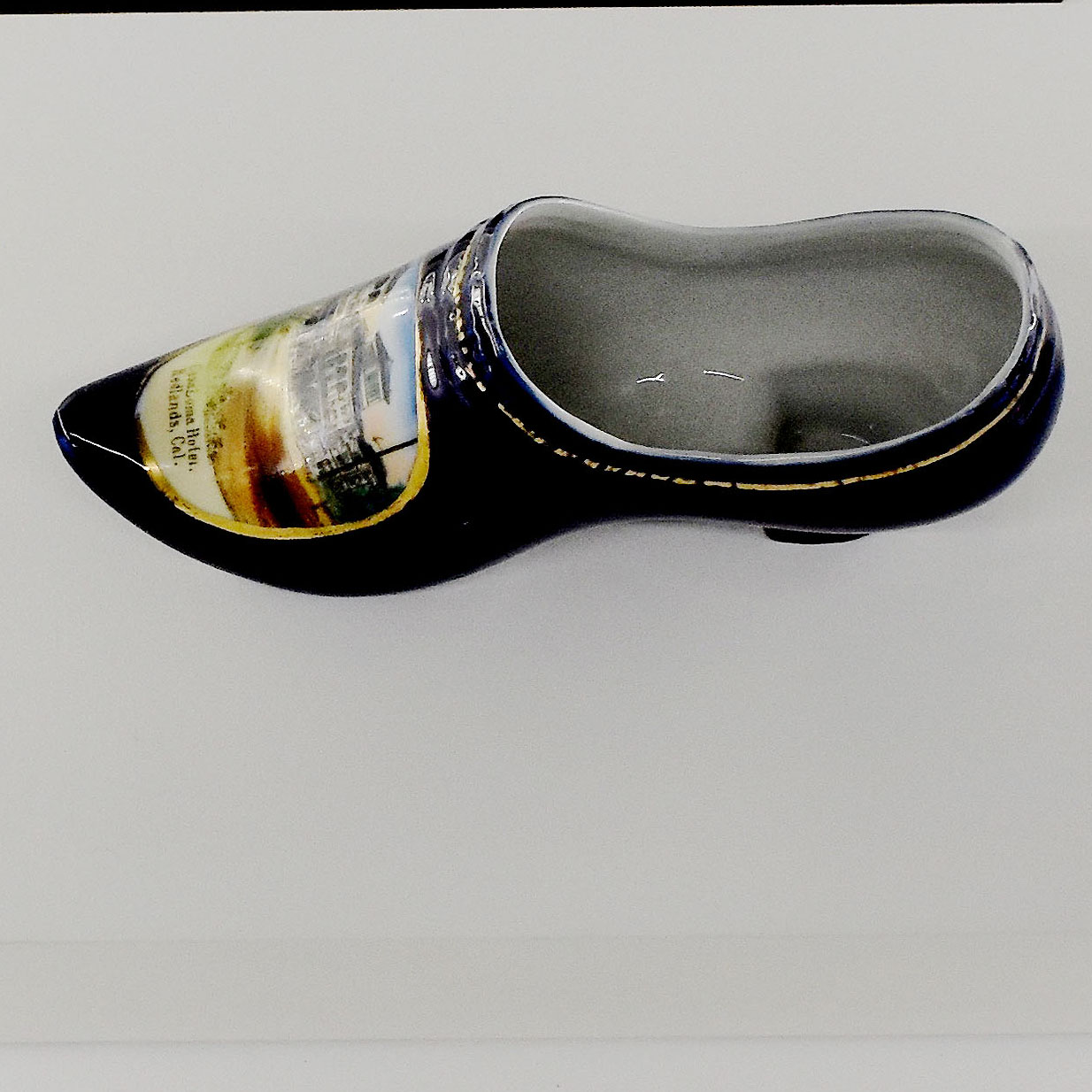 The Casa Loma Cobalt China pieces were all designed by the Wheelock and Johnroth souvenir china companies.

The following exerpt was taken from ThousandIslandsLife.com

The Wheelock family began selling china in Wisconsin well before the Civil War. In the early 1890’s one of the many Wheelock children, Mr. Charles Wheelock, had the vision to expand their business into the latest craze, souvenir china. The business grew quickly and soon they employed over thirty salesmen selling souvenir china in the United States, Canada and Mexico. The Wheelock mid west business was no longer regional. It had grown to international proportions.

Wheelock was not the manufacturer of souvenir china, as some believe, but the importer. Because Germany and Austria had the raw material to produce high quality hard paste porcelain, those two countries were the major source of souvenir china. The procedure was as follows. The scenes or pictures were selected in the area where they were to be sold, usually from postcards. They were then sent to Europe for processing. The next step was to make a transfer print of the picture which was then applied to the china. Initially the pictures were black and white but later many were hand colored at factories. Eventually transfer prints were done in color eliminating the step of coloring by hand.

This helps explains the picture but it didn’t stop there. Many porcelain pieces were color tinted and some were decorated in a variety of motifs such as flowers or leaves. All of which added their beauty. Finally, the piece was glazed and fired in a kiln before being sent to the United States .

Built in 1896, Casa Loma Hotel was not only a tourist destination. Not one, but three United States presidents have delivered speeches from Casa Loma, William McKinley, Theodore Roosevelt and William Howard Taft. Casa Loma was later converted to a University of Redlands dormitory from 1939 to 1955, when it was demolished.

Today, you will find a Stater Bros. grocery store at the site where Casa Loma Hotel once stood. The store was built on May 6, 1956. It was re-built on the same site in 1966 and remodeled in 1999.

Photograph of the Casa Loma Hotel in Redlands, 1896. Colton Avenue crosses in front of the hotel. The street and sidewalk in the foreground is Orange Avenue. The three-story building has a double portico on this facade. A square solarium tower is on the corner of the hotel. A few buildings are visible beyond. The hotel opened 25 February 1896. The Redlands Chamber of Commerce induced Colonel J.T. Ritchie to build the hotel. He subscribed $40,000 and the public $20,000. It had 150 rooms. The Casa Loma Hotel Company bought out Ritchie on 1 June 1899. A later owner was C.L. Roy. The corner room on the second floor is known as the "President Suite" as it was stayed in by President Roosevelt (May 1903), President Taft (October 1909), and President McKinley (1901).

From Community News (click here to see the article)

McKinley visited Redlands on Wednesday, May 8, 1901, four months before he was shot to death. The 25th president was the first to visit California, arriving by train at the Redlands station, said mckinleybirthplacemuseum.org.

In that speech McKinley said the now famous phrase “The Republic can never fail so long as the citizen is vigilant,” according to the Association of Mature American Citizens.

According to roadsideamerica.com, it was McKinley’s protective tariffs that kept the foreign oranges out of the country, making Redlands wealthy, so when he passed through the city he was treated like a hero, “with streets covered in rose petals.” From Redlands he proceeded  on to Ontario and Alhambra to eventually arrive at Los Angeles with their train entering in Chinatown, according to mckinleybirthplacemuseum.org.

Two years after McKinley visited Redlands, President Theodore Roosevelt came to town. One of his activities included unveiling a memorial bust of McKinley atop a granite pedestal, engraved “Patriot, Statesman, Martyr.”  The bust is still there, on the east side of South Eureka Street, on the lawn of the Lincoln Memorial Shrine, behind the A.K. Smiley Public Library.

According to the Association of Mature American Citizens, the 26th president delivered a speech on Thursday, May 7, 1903, at the Casa Loma Hotel, calling Redlands “a sight for the gods.”

Historic archives at the Theodore Roosevelt Center at Dickinson State University keeps copies of speeches delivered by Roosevelt. During his speech in Redlands he congratulated the community and its leaders on forest preservation, irrigation, urban development, prosperity, and citizenship.  Roosevelt also thanked the soldiers and veterans at the event.

According to the Association of Mature American Citizens, Taft did not stay for a long time due to a manhunt for an outlaw Indian. Taft made a few remarks but confused the city with Riverside instead of Redlands, according to the association.

Another curious fact happened when entering the city. The car occupied by Taft “refused to run properly… causing a brief delay,” according to periodical archives at newspapers.com.

At the corner of Casa Loma Hotel, Taft was greeted by school children and Grand Army of the Republic veterans.

Taft made a few remarks to the children before continuing through Smiley Heights, Prospect Park and Library Park, according to newspapers.com.

EXACTLY WHAT IS THE MOR SHOWCASE?

The MOR Showcase is a temporary construction of a museum gallery inside the old Redlands Daily Facts building on Brookside Avenue. This is the same building that will be completely reconstructed into the permanent Museum of Redlands.

Built in the fall of 2018, the Showcase is approximately 2,000 square feet, which includes galleries and displays to provide a glimpse into what the permanent museum could be like. It uses items from MOR's current collection. The Showcase will be removed once construction of the new building begins.